Esophagus / oesophagus is the long tube connecting the throat and stomach of human beings. The food we eat passes through this tube and reaches the stomach. Cancer that occurs in the esophagus is known as esophageal cancer. Esophageal cancer begins in the cells that lie in the inside of the esophagus and this type of cancer is more commonly found in men than in women.

It is generally known that there are mutations or epigenetic changes happen in the genes or DNA or on the genetic makeup that leads to the development of cancer. Dynamic Science, which explains how mind, vital force (soul) and DNA are interconnected, reveals that the regulation of the DNA expression is done by the nature of the mental and emotional thoughts that we allow to develop within us, though there are influences on DNA expression from the outside energy sources and also from the bio-chemical changes that happen in the physical body. Through our researches based on Dynamic Scientific Approach (DSA), we identified different mental and emotional thought processes that constructively and destructively influence the DNA expression. We identified that naturally positive, happy, comfortable, peaceful and pure mental emotional state constructively or curatively modify the DNA whereas negative, unnatural, pessimistic, fearful, destructive mental and emotional states derange the DNA to express itself to an unhealthy plane. Also each thought is connected to a functional system and/or organ of the body. In this connection we are in search for the particular negative mental and emotional state/thought that affects the particular energy that regulates the functioning of the genes that regulates the multiplication and functioning of the cells of the esophagus for the development of esophageal cancer in each patient. It is still an ongoing research and development activity and a new direction of scientific observation which can help in the development of future medical science and a new methodology for treatment. Please click here to know more about Dynamic Science.

Signs and Symptoms of Eosophageal Cancer

Common symptoms of esophageal cancer are listed below:

For diagnosing esophageal cancer, doctors generally review the symptoms and study the patient’s medical history. Certain tests are conducted for finalizing the diagnosis of esophageal cancer. The tests include the following:
Barium X-ray: The patient is asked to swallow barium liquid and X-rays are taken. This X-ray helps the esophagus to stand out in the X-ray, which will help the doctor to identify cancer.
Endoscopy: In this procedure, an endoscope which is a thin-lighted tube is inserted into your esophagus for examining it. Ultra sound waves produced by this endoscope are used to extract more information about the tumors developed inside the esophagus.
Biopsy: During endoscopy, your doctor may take samples of cells from esophagus and forward it for examination under a microscope to find out the presence of cancer.
Other tests like Computer Tomography (CT) Scan, MRI Scan, Thoracoscopy and Laparoscopy are also carried out for identifying esophageal cancer.

The natural holistic DSA treatment at our center is based on the hypotheses of Dynamic science which is a new generation science invented by our founder director and chief physician Dr. Shaji Varghese Kudiyat. Through this new science, Dr. Kudiyat explains the relationship between man’s mind and vital force (Soul) with the DNA. Dr Kudiyat explains how the thoughts and emotions modify the vital force energy which in turn produces mutations or epigenetic changes in the DNA expression, resulting in the development of cancer. In DSA treatment we reverse the disease process through the same path that resulted in the development of the disease. As mental peace and harmony are of paramount importance in DSA approach, the patient and his/her family members are required to undergo a group counseling session, at our center or through online video consultation, before the treatment starts which makes them aware of the philosophy and treatment procedure followed in Dynamic Scientific approach. This is a very effective and less expensive and more successful treatment option, which has helped so many of cancer patients to fight the most horrifying cancer and come out successfully. In DSA treatment we incorporate homeopathic medicine, yoga, meditation, music therapy, counseling, judicious use of surgery, etc. Click here to know more about Dynamic Scientific Approach (DSA) treatment.

Dr. Samuel Hahnemann, a German physician, invented homeopathy which is a holistic treatment method based on the principle ‘Simila Similibus Curentur’ meaning ‘let like be cured by the likes.’ In this system of medicine, the body’s self immune potential is made use of to develop resistance against the disease development. Homeopathic treatment which aims at influencing the vital force curatively to effect the mutations and epigenetic changes resulting in absolute cure. Our founder director and chief physician, Dr. Shaji Varghese Kudiyat is a scientist, thinker and researcher in homeopathic medicine who has written a book named “Homeopathic Medicine – An Unavoidable Medical Revolution.” The homeopathic treatment in our hospital is under his direct control and the patients get the precious benefit of his direct treatment and counseling. Click here to know more about Dr. Shaji Varghese Kudiyat and click here to know more about homeopathic treatment. 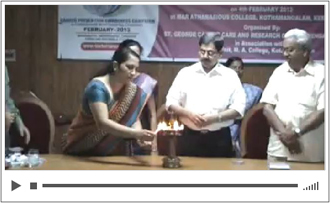 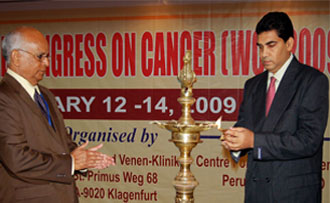 Doctor Will be Available in Philippines 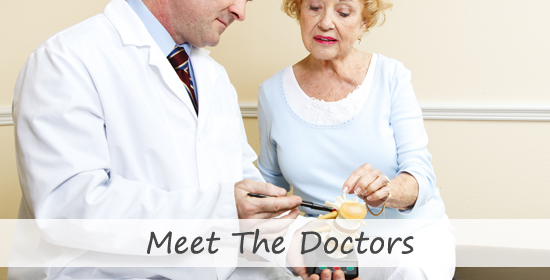 Doctor is very straight forward, got to the root of the problem very quickly. He establishes good rapport with patients and advises genuinely for their benefit. His advice brought peace into my life. ReadMore